School Bus Hit in a Drunk Driving Accident at McKinley Avenue, in Fresno

San Joaquin Valley Automobile Accident Lawyer John Rozier has the subsequent update; On Monday, July 6, 2015, a drunk driving accident took place in the Fresno area.  The school bus collision happened at about 8 AM.

It is reported that a car slammed into the back of a school bus at the intersection of McKinley and Cornelia avenues.  The driver then fled the scene of the crash. 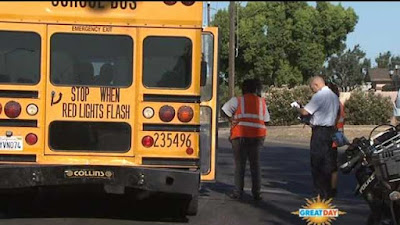 There were kids on the bus, but according to reports, no one was injured.

Police found the intoxicated driver not far from the incident.  They have said that he may have been a postal worker for the United States Post Office.  He was arrested for driving while under the influence.

The scene of the collision needs to be independently investigated as soon as possible.  Please give Mr. Rozier a call today.  559-713-0159, or online www.nelsonrozier.com.