June 13, 2015- A bicyclist was hit and killed in a car collision in North Fresno, on Saturday afternoon.  The hit and run pickup truck accident occurred on Fresno Street.

Police reported that the bike rider was traveling along the roadway when he swerved suddenly into traffic.  The bicycle was hit by a light colored pickup truck, that had lawn equipment in the back, driven by a man in his late 20’s. 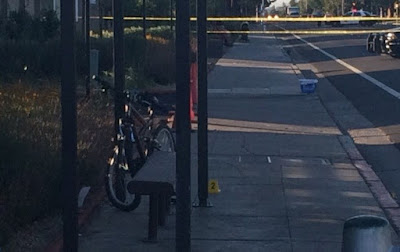 It is said that the driver of the truck stopped, but then took off before authorities arrived.  He now faces felony hit and run charges.

The bicyclist taken to Community Regional Medical Center, where he died from his injuries.

The law firm of Nelson and Rozier is currently handling a similar case arising from 8/23/13 when a Fresno Police vehicle ran over a man on a bicycle named Angel Toscano.  In that case we were able to download the event data recorder from the police cruiser to determinepre-accident speed and acceleration of the car.
Please give Attorney Rozier a call at 559-713-0159, or contact on the web at www.nelsonrozier.com.