Rear-end Vehicle Accident on McAuliff Street, Kills One, in Visalia

An update to the car accident that happened on Tuesday, April 14, 2015, in Visalia.  The victim in the Tulare County vehicle collision has been identified as Jose De Jesus Sanchez.  The incident occurred on McAuliff Street, at approximately 3:30 AM.

A black, 1999 Hyundai Accent, driven by Jose De Jesus Sanchez, 65 years old, was traveling south across the St. John’s River bridge.  Michael Coffman, 22, and his passenger were also driving southbound on McAuliff, in a black, Honda Accord. 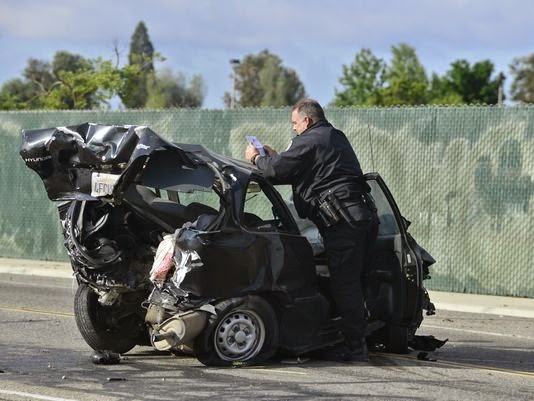 Sanchez was driving at a slower rate of speed than Coffman, and the two automobiles crashed.  The Honda rear-ended the Hyundai, and both cars came to rest just south of the bridge, in front of Golden West High School.

Sanchez died at the scene of the collision.  Coffman and his passenger sustained injuries, but refused medical treatment.

The fatal accident continues to be under investigation.

The police report may take several weeks to prepare—in the meantime we can probably obtain a cover sheet of the accident report for the family of the deceased.  Please let Attorney Rozier help you.  Call him today at 559-713-0159.  www.nelsonrozier.com