Motorcycle Accident Ends in Fatality in Visalia, on Plaza Drive

Central California Vehicle Collision Attorney John L. Rozier has the following report; On Saturday, April 18, 2015, a motorcycle crash led to Tulare man’s death.  The vehicle accident happened in Visalia, near Highway 198, at about 4:40 PM.
Rafael Altamirano, 28 years old, was riding a 2005 Harley Davidson south, on Plaza Drive.  As he was about to enter the westbound freeway of Highway 198, Altamirano lost control of the bike. 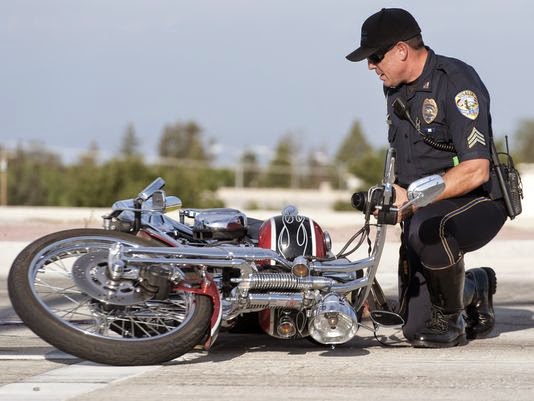 The Harley tumbled to the ground and ended up on its side.  As the motorcyclist attempted to get back up, he was hit by another motorcycle.  A 2004 Kawasaki Vulcan, that was driven by Harold Dunkin, 71, of Tulare.
Altamirano was pronounced dead at the scene of the collision.
Dunkin was not hurt in the incident.
Please give us a call, if you are a relative or are in touch with the family, and would like us to investigate this accident further. Mr. Rozier is located in Visalia, on Caldwell Ave. Call at 559-713-0159 or online at www.nelsonrozier.com.