On Tuesday, April 14, 2015, a fatal automobile collision happened on McAuliff Street, in Visalia.  The read-end car accident happened at the St. John’s River bridge, near Golden West High School, at 3:30 in the morning.

A black, 1999 Hyundai Accent, driven by Jose De Jesus Sanchez, was driving south on McAuliff, over the bridge. 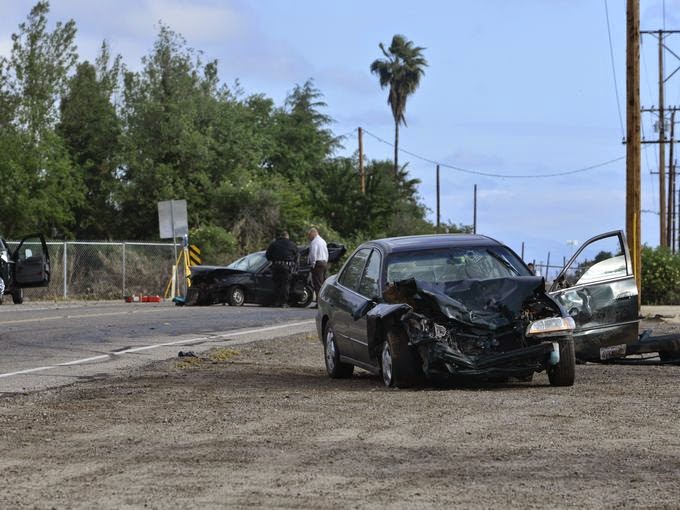 At the same time a Honda Accord, driven by Michael Coffman, 22, was also traveling southbound across the bridge.  Authorities reported that the Honda was traveling at a much higher rate of speed, than the Hyundai.

Coffman struck the 65 year old man’s vehicle from behind.  And the two cars were pushed south across the bridge.  Both autos came to rest in front of the high school.

Sanchez died at the scene of the collision.

Coffman and a passenger in the Accord, sustained minor injuries.  They both refused medical treatment.

The police report may take several weeks to prepare—in the meantime we can probably obtain a cover sheet of the accident report for the family of the deceased.  Please give Attorney Rozier a call at 559-713-0159.  www.nelsonrozier.com