Fatal Motorcycle Collision on Plaza Drive and Highway 198, in Visalia

On Saturday, April 18, 2015, a motorcycle accident ended in fatality, in Visalia.  The vehicle collision that involved two bikes, occurred on Plaza Drive, at around 4:40 PM.

A 2005 Harley Davidson, driven by Rafael Altamirano, 28, of Tulare, was riding southbound on Plaza Drive.  He was getting ready to enter Highway 198 west, when Altamirano lost control of the motorcycle. 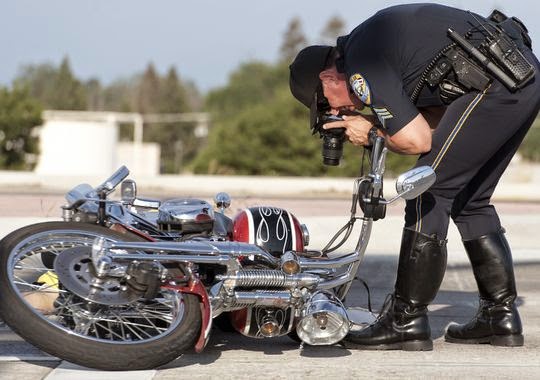 The Harley and the motorcyclist fell to the ground and as he tried to get back up, a 2004 Kawasaki Vulcan ran into him.  The Kawasaki bike was driven by Harold Dunkin, 71 years old.

Altamirano died at the scene of the crash.  Dunkin was not injured.

Please call us this afternoon to preserve evidence of this collision.  Attorney Rozier is located right here in Visalia and would like to speak to the family of the accident victim.  Call him at 559-713-0159, or contact on the web at www.nelsonrozier.com.