March 3, 2015- A Proteus Inc. employee was killed after a vehicle accident with a parked dump truck, in Tulare County.  The transport van collision occurred on Tuesday, in Visalia, at approximately 2:10 PM.

A 2001 Chevrolet box truck, driven by Christopher Paul Nelson of Exeter, was traveling west on Caldwell Avenue, near Akers Road.  The transport van either merged from the two lane road into one lane and then veered off, or the vehicle failed to merge altogether. 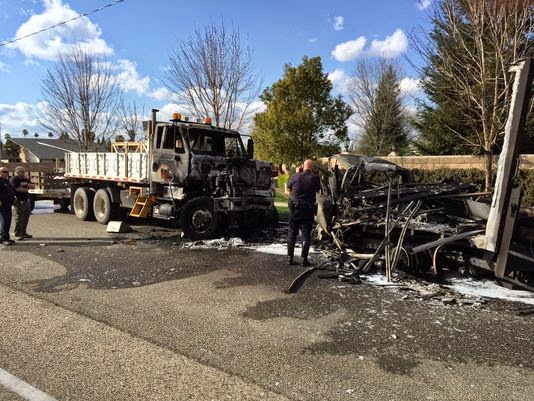 The Chevy drove up against the right-side curb, and smashed head-on into a dump truck that was parked for repairs.  The dump truck, which was owned by Southern California Edison, and the van caught fire and were soon engulfed.

Nelson was unable to be rescued of the Proteus truck until emergency personnel put out the flames.  He was pronounced dead at the scene of the crash.

The incident is under investigation.

Issues still remaining to be investigatedinclude determining the speed of the box truck, whether road conditions may have contributed to this accident, and whether the facts of this accident as reported are accurate.  If you would like these issues investigated further then please call Attorney John Rozier at 559-713-0159. www.nelsonrozier.com