March 3, 2015- An Exeter man was killed in a car accident that took place in Visalia, on Tuesday.  The Tulare County vehicle collision occurred on Caldwell Avenue, west of Akers Road, at approximately 2:10 PM.

A Proteus transport van, driven by Christopher Paul Nelson, was headed west on Caldwell Ave, where the road turns from two lanes into one.  Reports say that Nelson either failed to merge into the one lane, or that his box truck did merge over but for an unknown reason it swerved off to the right side of the street. 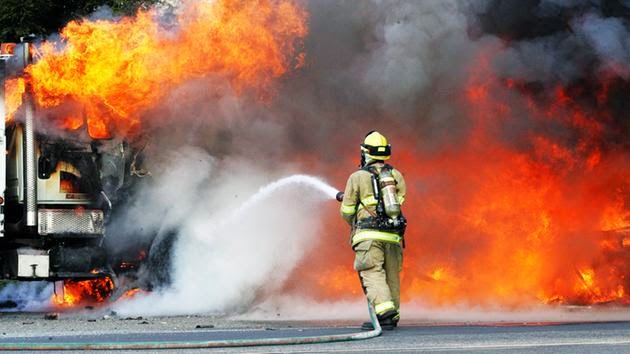 The 2001 Chevrolet transport truck drove along the right curb and smashed head-on into a parked vehicle.  The vehicle, a Southern California Edison dump truck, was parked for repairs.  After the collision, both the vehicles erupted in flames.

Nelson was not able to be rescued from his van until the fire was extinguished.  He was pronounced dead at the scene.  Officials have not determined whether he died prior to the fire, or afterward.

Fresno-Visalia-Bakersfield accident attorney, John Rozier.  Your lawyer for car crashes, wrongful deaths and personal injuries.  Our condolences go out to the family inthis collision.  Please let us help you. www.nelsonrozier.com or call me at 559-713-0159.