San Joaquin Valley Automobile Accident Lawyer John Rozier has the subsequent update; On Tuesday, March 3, 2015, an Exeter man died after his box truck collided with a parked semi.  The vehicle collision took place in Visalia, on Caldwell Avenue, at around 2:15 PM.

Christopher Paul Nelson, of Exeter, was driving a Proteus Inc. Chevy transport van westbound on Caldwell Ave.  On the street at Turnberry Place, traffic merges from two lanes to one lane. 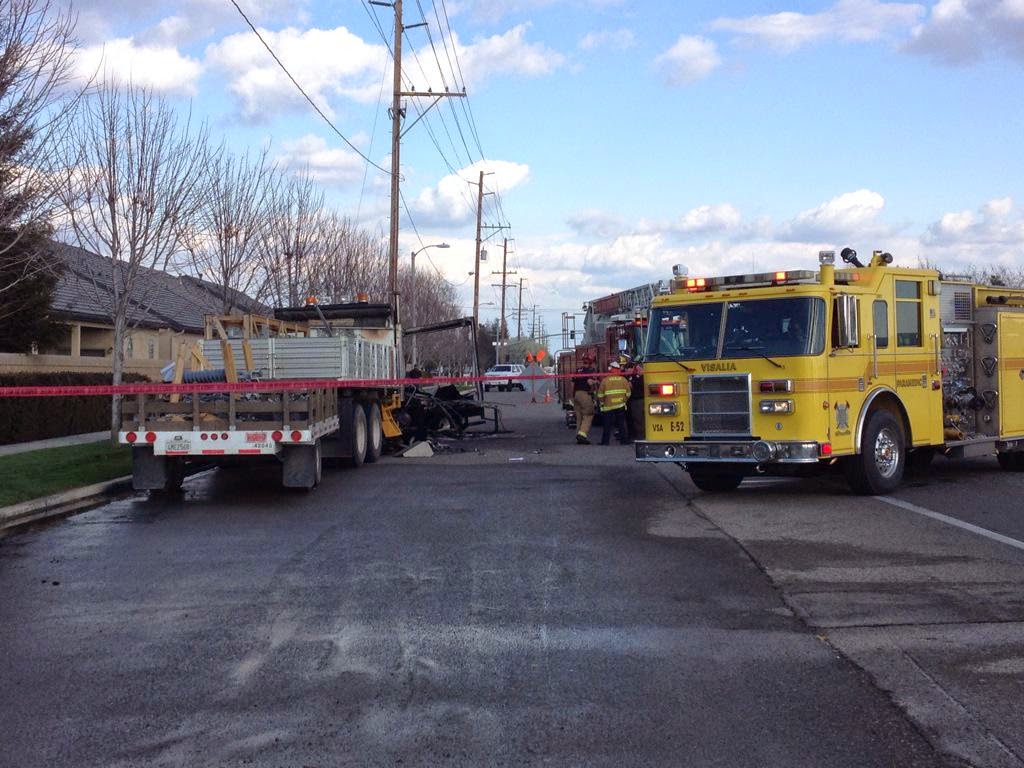 It is reported that the box truck either failed to merge into the one lane, or that the vehicle did get over but then veered off to the right of the road, driving against the curb.  The 2001 delivery van drove head-on into a parked Southern California Edison dump truck.  The dump truck was at the side of the road for repairs.  Both trucks burst into flames upon collision.

Nelson died at the scene of the accident.  He was unable to be rescued from the vehicle until the fire was put out.

Mr. Rozier is located right herein Visalia and would like to speak to the family of the accident victim.  Please give him a call at 559-713-0159.  www.nelsonrozier.com