On Wednesday, January 14, 2015, a three-car pileup, which involved a big rig, took place in Tulare County.  The multiple vehicle collision happened on Highway 198, west of Visalia, at approximately 9:25 AM.  It is reported that there was low visibility from the fog, at the time of the accident.

A tractor-trailer driven by Steve L. Frisby, of Visalia attempted to turn onto Hwy 198, from Road 64.  The big rig pulled out into the intersection in front of a red Lincoln MKZ, driven by Claudia De Esquivel. 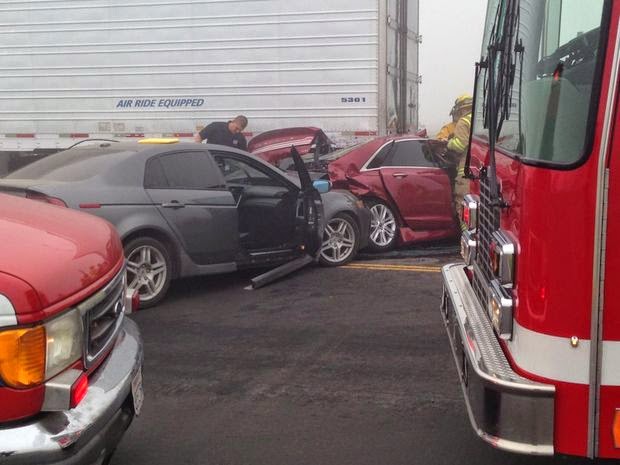 De Esquivel hit the brakes, but was unable to stop in time, and smashed into the back of the big rig.  A grey 2008 Acura automobile, driven by Cheriee Brown, was driving behind the Lincoln when the accident happened.  The Acura hit the back of the MKZ and pinned it underneath the semi.

Frisby was unharmed in the incident.

If you need legal help for this accident, please callAttorney John Rozier of Visalia, 559-713-0159.  Our offices are located right in town, on Caldwell Avenue.  www.nelsonrozier.com