A 30 year old driver, from Arvin, was driving a red Ford Focus on Weedpatch Highway, near Edison Highway, when he lost control of the car.  The Focus drove over a raised median and into the opposite lane of traffic. 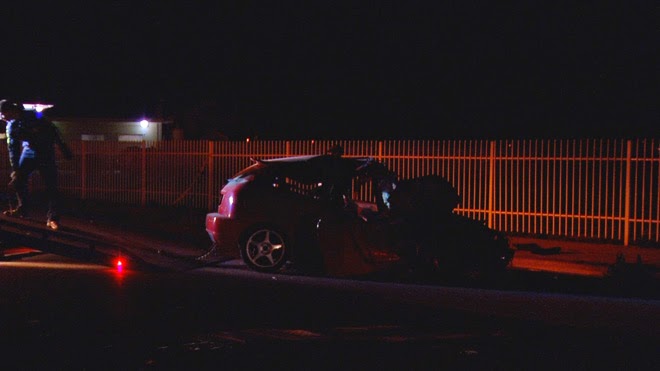 The automobile crashed head-on into an oncoming semi truck.

The Ford’s driver suffered major injuries and was taken to Kern Medical Center, where he later died.  Officers reported that the driver was not wearing a seat belt at the time of the crash.

The big rig driver was not hurt.

The police report of this accident will be probably be ready in a week ortwo.  If you would like us to start investigating this accident–please call.  We can come to you. www.nelsonrozier.com or give me a call at 559-713-0159.  Attorney John Rozier of Visalia.