Four People Killed in a Van and Semi Truck Collision, in Reedley

January 9, 2015- A semi truck accident leads to four fatalities in Fresno County.  The van collision happened in Reedley, on Friday, at approximately 6 PM.

Nine farm workers were traveling in an eight passenger Chevy Astro van on American Avenue, near Navelencia Avenue.  It is reported that the minivan attempted to pass a semi truck illegally at the intersection.  The big rig attempted to turn left at the time the van tried to pass. 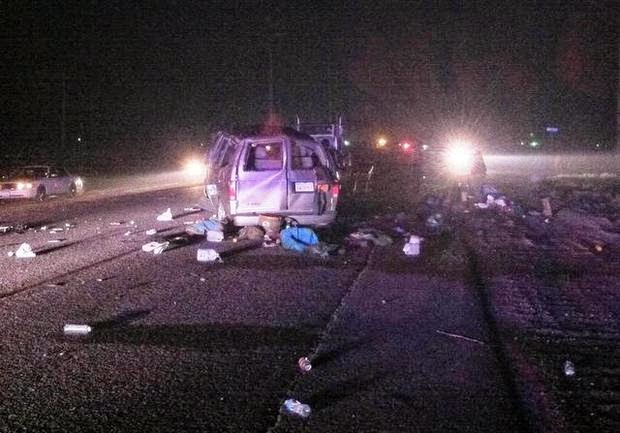 The Chevrolet van hit the front of the tractor-trailer and overturned.  Four people who were said to have not been wearing seat belts, were thrown from the vehicle.

The four victims were pronounced dead at the scene of the crash.  They have been identified as 56-year-old Aguileo Vazquez Vargas and his son 29-year-old Fortino Vasquez Tepeco, 55-year-old Jorge Aguilera, and 21-year-old Pedro Rodriguez Vasquez.

The driver of the Astro van; Augustin Mendoza, 39 years-old, and the four remaining passengers, sustained minor injuries.  They were all taken by ambulance to Community Regional Medical Center, in Fresno.  The semi truck driver was not hurt.

Mendoza could face four charges of vehicular manslaughter for the incident.

Fresno-Visalia-Bakersfield accident attorney, John Rozier.  Your lawyer for car crashes, wrongful deaths and personal injuries.  Our condolences go out to the families inthis collision.  Please let us help you. www.nelsonrozier.com or call me at 559-713-0159.