Tanker Truck Collision in Selma, on Fowler and Conejo Avenues

A white Lexus driven by a 74 year old man, was traveling east on Conejo Avenue.  The Lexus did not stop at a stop sign that was posted at the intersection of Fowler Avenue.  The car collided with the cab of a Chevron tanker that was carrying fuel. 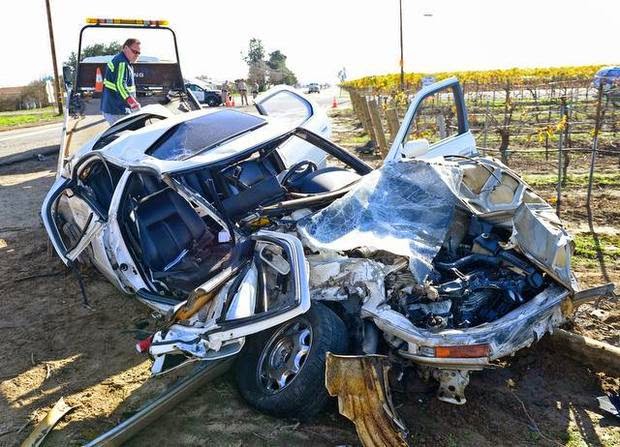 The semi truck had been driving north on Fowler Ave, when the Lexus hit it.  The impact sent both vehicles northbound down the roadway.

The driver of the automobile, who was reported to have not been wearing a seat belt, had to be extracted from his vehicle.  He suffered serious injuries and was airlifted to Community Regional Medical Center, in Fresno.

A male passenger in the Lexus, and the big rig driver were also injured.  They were taken by ambulance to Community Regional hospital.

Issues still remaining to be investigated include determining the speed of the big rig, whether road conditions may have contributed to this accident, and whether the facts of this accident as reported are accurate.  If you would like these issues investigated further then please call Mr. Rozier, your personal injury lawyer, at 559-713-0159 or reach us at www.nelsonrozier.com.