A 2007 Chevrolet pickup truck, driven by the victim, was headed south on Highway 43.  He crossed over the center line of the highway, to attempt to pass a vehicle in front of him. 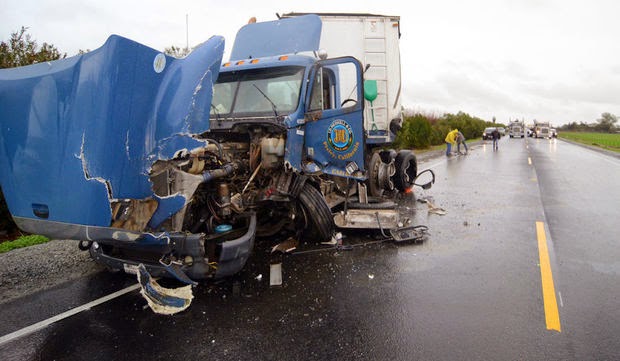 The Chevy hit a semi truck driven by Jorge Sousa-Lima of Tulare, that was traveling north on the roadway.  The two vehicles crashed head-on, in the northbound lane.

The Corcoran man was pronounced dead at the scene of the collision.  Sousa-Lima was not injured.

Issues still remaining to be investigated include determining the speed of the big rig, whether road conditions may have contributed to this accident, and whether the facts of this accident as reported are accurate.  If you would like these issues investigated further then please call Attorney John Rozier at 559-713-0159 or www.nelsonrozier.com.