An update to the hit and run accident that occurred on Sunday, November 9, 2014, in Tulare County.  The car collision left a 3 year old fatally wounded, in Porterville, at about 6 PM.

Adolfo Balbuena, 18 years old, was driving drunk near Tyler Avenue and Conner Street, in a Chevrolet Monte Carlo.  The Chevy was westbound on Tyler Ave. when Balbuena lost control and swerved off the road.

The vehicle crashed into a fence and then hit an ice cream truck that was parked at the side of the street, where a group of pedestrians were standing.  The Monte Carlo collided with three children, including the 3 year old girl, Angeles Moreno, and pinned them to the truck. 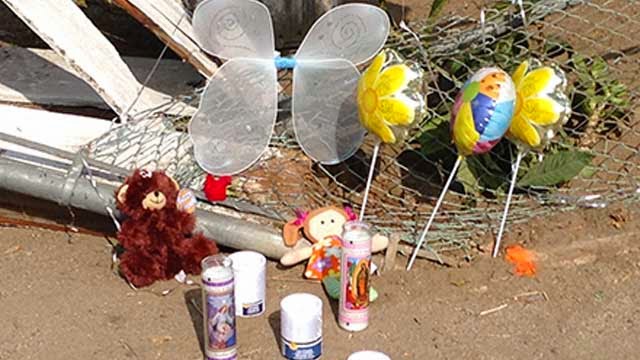 Balbuena then backed up and fled the scene.  It has now been reported that he called his brother to pick him up.  The brother later admitted to dropping Balbuena off at a friend’s house, where the police later found him hiding in the backyard and arrested him.

Angeles Moreno was taken to Kaweah Delta Medical Center, in Visalia, with major injuries.  She was pronounced dead upon arrival at the hospital.

The two other children and one of the ice cream truck vendors were also injured and taken for treatment to the hospital.

Balbuena for the moment remains in jail, but it has been uncovered that he is an illegal immigrant.  So it is up to the U.S. Citizenship and Immigration Services whether he will face charges and go to prison if found guilty.

The police report may take several weeks to prepare—in the meantime we can probably obtain a cover sheet of the accident report for the family of the deceased.  Our condolences go out to the family, and friends of these victims.  Please let us help you during this trying time.  Attorney John Rozier, your lawyer for all wrongful deaths, and car accidents.  We serve all of Kern County, Tulare County, and Fresno County.  With our office located in Visalia, California. www.nelsonrozier.com or contact us by phone at 559-713-0159.