Head-on Collision on Highway 108 near Oakdale

The driver of a sedan was traveling on Highway 108 when the vehicle crossed the double yellow line, as it tried to pass another car. 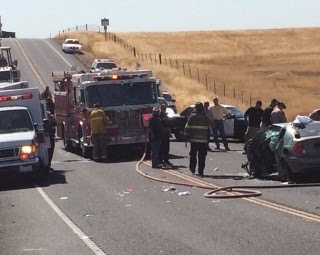 A Ford pickup truck, driven by an 82 year old man, was driving in the opposite direction on the freeway, when the sedan came into his lane.  The automobile hit the Ford truck head-on.

The truck’s driver was killed in the crash.  While his passenger, and a man and woman in the car, suffered serious injuries.  They were taken to a local hospital for treatment.