Hit and Run Driver Crashes into Traffic Pole in Bakersfield

May 5, 2014- A hit-and-run suspect also had an automobile collision minutes later, in Kern County.  The accident occurred in Bakersfield, Monday afternoon, at 12:39 PM.

The 46 year old driver of an SUV, was involved in a crash in the Valley Plaza Mall parking lot, in Bakersfield.  The driver drove away from the scene of the incident at a high rate of speed.  The SUV lost control and smashed into a traffic light pole, at the intersection of Ming Avenue and Hughes Lane. 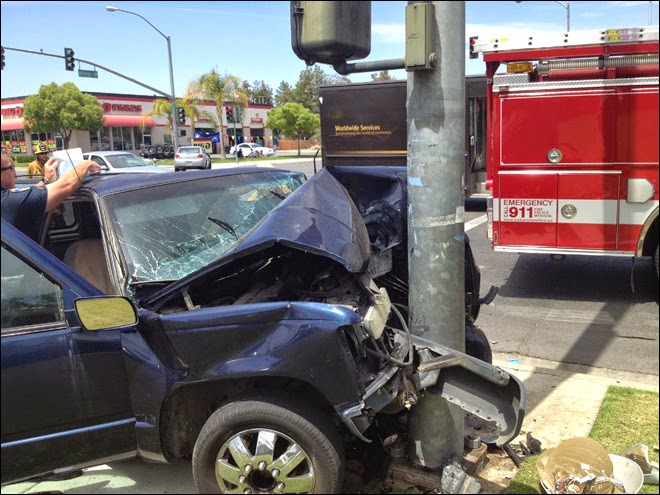 The dark blue, Sport Utility Vehicle hit so forcefully that the light dislodged from the pole and dropped into the eastbound lane on Ming Avenue.  No other cars were involved in the second collision.

The driver sustained moderate injuries and was taken to the local hospital.  Officers reported that the driver was suspected of driving under the influence of alcohol.

This accident requires much more investigation. Please let me help. Attorney John Rozier of Visalia. I am located on Caldwell Ave.  www.nelsonrozier.com or call me at 559-713-0159.