May 19, 2014- A fatal car and semi truck accident occurred on Highway 41, north of Lemoore, California.  The collision happened on Monday at approximately 5 PM.

Lorenzo Lebres Rodriguez, of Caruthers, was driving his 2000 Chevrolet Metro northbound on Highway 41 at about 55 mph.  As he approached Laguna Avenue, Rodriguez lost contol of the Chevy vehicle, and it spun out into the southbound lane. 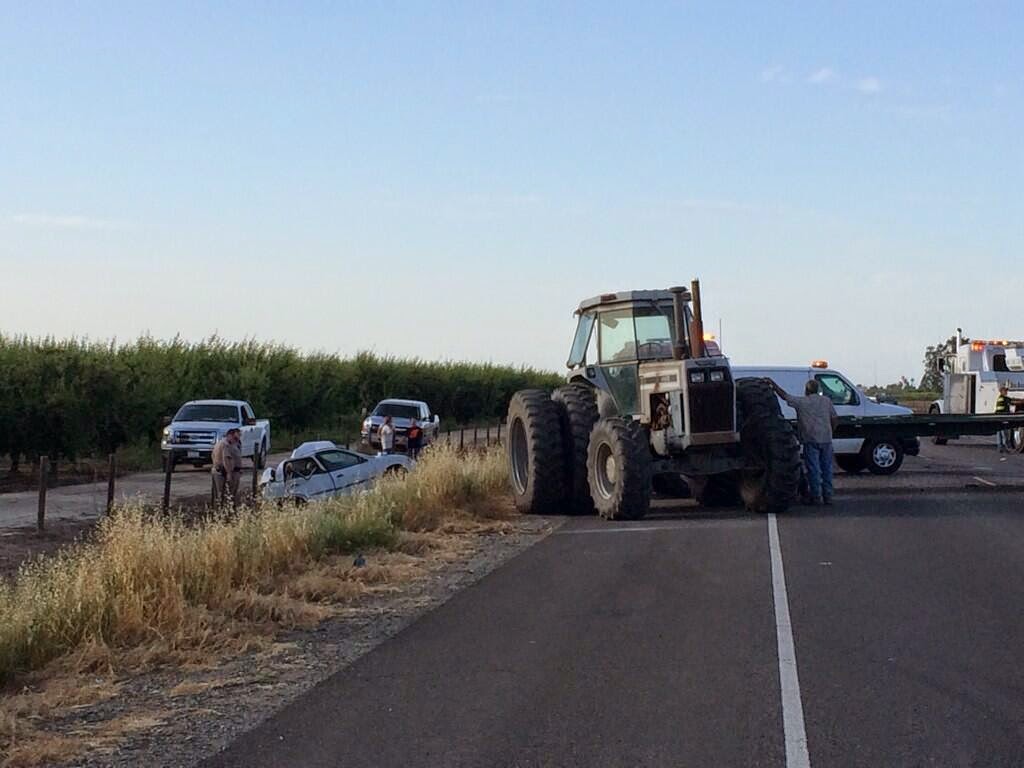 The car ended up directly in the path of a 1987 Peterbilt tractor with trailer, driven by Martin Astiasuain, of Reedley.  Astiasuain tried to stop in time, but could not.  The big rig hit the left and rear sides of the Metro.

Lorenzo Lebres Rodriguez died at the scene of the crash.

Two passengers in the Chevy; Juan Carlos Alcantar, and Juan D. Rodriguez, both of Caruthers, sustained minor injuries and were taken to Community Regional Medical Center in Fresno.  While Astiasuain suffered moderate injuries from the collision.

Fresno-Visalia-Bakersfield accident attorney, John Rozier.  Your lawyer for car crashes, wrongful deaths and personal injuries.  Our condolences go out to the families inthis collision.  Please let us help you. www.nelsonrozier.com or call me at 559-713-0159.