April 9, 2014- An SUV and car collision left one person dead, and injured four others, in Bakersfield.  The fatal accident occurred on Wednesday, at about 3 PM, in Kern County.

A black sedan was driving eastbound down Orangewood Street.  In the vehicle were Jason Harmon, 35 years old, and Scott Mullen, 38 years old. 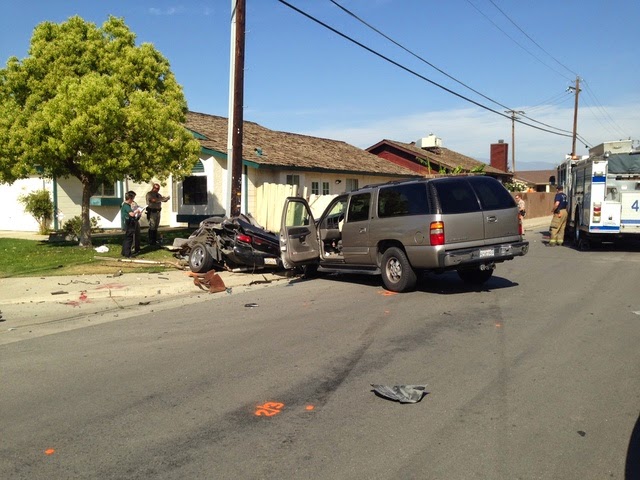 The California Highway Patrol reported that the car was speeding and weaving back and forth, before it hit an SUV, driven by 33 year old Vanessa Bonilla, head-on.  The vehicles then hit a utility pole.  The impact of the crash split the car in two.

Jason Harmon was thrown from the sedan, and was pronounced dead at the scene of the accident.

Scott Mullen sustained major injuries.  He was taken to Kern Medical Center.  Vanessa Bonilla, and her two children, 8 and 11, who were in the Chevy also, suffered moderate to minor injuries.