March 14, 2014- The crash that happened in southwest Fresno on Friday, has been reported to have occurred at about 1:15 PM.

The Fresno police have reported that 12 people, which included 8 kids, were involved in the accident.

A motorcycle officer spotted a black Lexus traveling at about 70 miles per hour westbound down California Avenue.  Before the officer could even turn on his lights and go after the car, the Lexus ran a stop sign at the intersection of California and Fruit Avenue.  The car smashed into a Chevy Suburban, and some of the children were thrown out of the SUV. 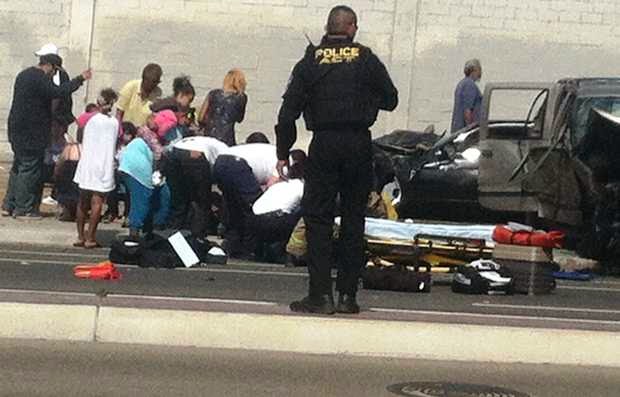 There were 9 people in the SUV, and three in the Lexus.  Eleven people were taken to the hospital immediately, with injuries ranging from minor to major.

The driver of the Lexus is reported to be in his early 20’s, and was driving on a suspended license.  He was arrested for felony hit and run after he tried to leave the scene of the collision.

Please give me a call if you need legal representation or a consultation. Attorney John Rozier www.nelsonrozier.com or call us at 559-713-0159. My firm is located in Visalia, California on Caldwell Ave, south of Fresno.