March 8, 2014- David Aggio the man who was killed in the car crash on Stockdale Highway and Gosford Road, in Bakersfield on Saturday, was a parole officer for California Department of Corrections and Rehabilitation in the Eureka Parole Unit.  The accident happened at a little before 12:00 PM.

The collision occurred when the driver of a white Honda Civic, Rodolfo Contreras, lost control of his vehicle and passed through the intersection and over the center divider.  He crashed head-on into the northbound blue Ford Explorer, driven by David Aggio.

Aggio was killed instantly.  His wife, who was a passenger in the Ford, sustained minor injuries in the crash.  Two other people, including Contreras, were also injured in the collision. 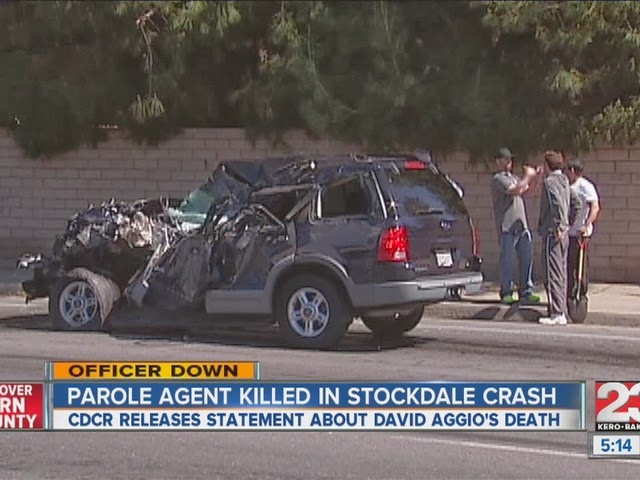 Officials report that 22 year old Contreras may have been under the influence of drugs during the accident.  But further investigation is still required in this fatality.

It is reported that the Stockdale Highway and Gosford Road intersection is one of the busiest and accident prone intersections in Bakersfield.  With 14 accidents in 2012, and 12 in 2013.

While our condolences go out to the friends and family of the victim, we recognize that no monetary sum can ease the pain and loss felt after a tragedy such as this.However, just monetary compensation can help ease the burden of medical bills,final expenses, and help support any dependents left behind by the deceased.Please contact us at www.nelsonrozier.com or call attorney John Rozier at 559-713-0159  if you would like help filing a claim.