March 11, 2014- A teenager from Arroyo Grande High School was hurt on Tuesday in a car crash.  The accident happened before 2:00 PM.

The 17 year old teen was driving down Fair Oaks Avenue in Arroyo Grande, at a high rate of speed.  Just past the intersection of Fair Oaks and Valley Road he lost control and left the road.  The car rolled over several times and stopped in a field. 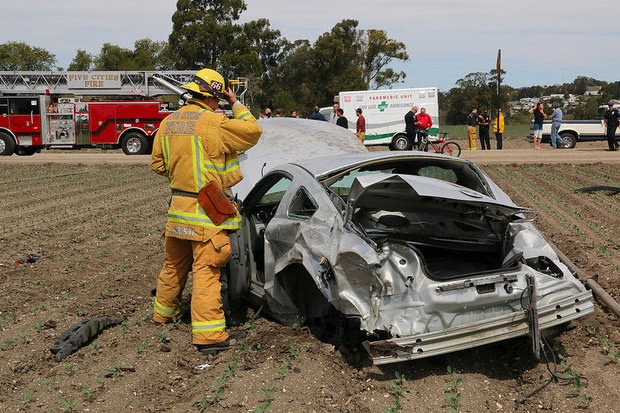 The teenage driver was the only person in the vehicle.  It has been reported that he did suffer some injuries, but he was able to get out of his car on his own.

Police officers report that the crash seems to be a case of texting while driving.

I am a personal injury lawyer, serving the central valley.Please give me a call, Attorney John Rozier 559-713-0159 or www.nelsonrozier.com.  My office is located in Visalia, on Caldwell Avenue.