March 16, 2014-  A car accident, involving an SUV and minivan happened Sunday, in downtown Modesto.  The collision took place at around 2 PM.

The crash happened when a white, Mercury sport utility vehicle was broadsided by a Dodge Caravan at the intersection of 17th Street and I Street.  The SUV rolled and broke a fire hydrant before coming to a stop. 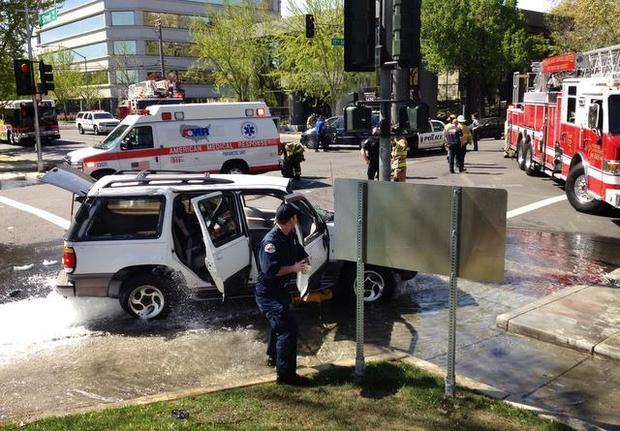 There were three people in the Mercury; two adults and a baby.  The adults sustained minor injuries.  The infant appeared to not have been hurt.  All three were taken to the hospital for treatment and observation.

It is reported that the people inside the Dodge Caravan were not injured in the crash.

I am a personal injury lawyer, serving the central valley.Please give me a call, Attorney John Rozier 559-713-0159 or www.nelsonrozier.com.  My office is located in Visalia, on Caldwell Avenue, south of Modesto.