March 17, 2014- A three vehicle car accident ends in fatality for two people, including a 6 year old girl, on Interstate 5 south, on Monday.  The collision happened at about 5 PM, near the Avenal cutoff, southwest of Visalia.

The car crash happened between an minivan and two semi trucks on I-5 south.  The driver of a Honda Odyssey, Alfredo Guzman, 32 years old, and his five passengers were southbound on Interstate 5, when the van’s right tire blew. 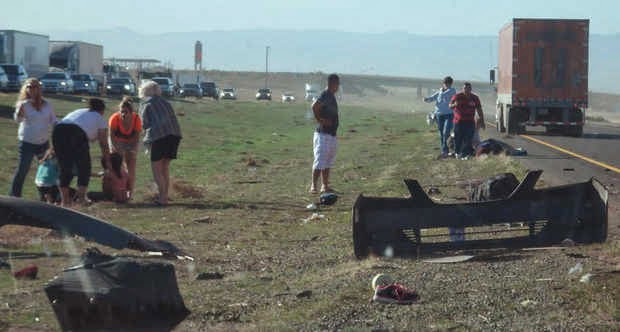 Guzman lost control, and the vehicle spun around across the interstate divide, and smashed into two northbound big rigs that were driven by Orlando Hernandez, and Miguel Perez.

The impact of the collision caused three people to be ejected from their vehicle. 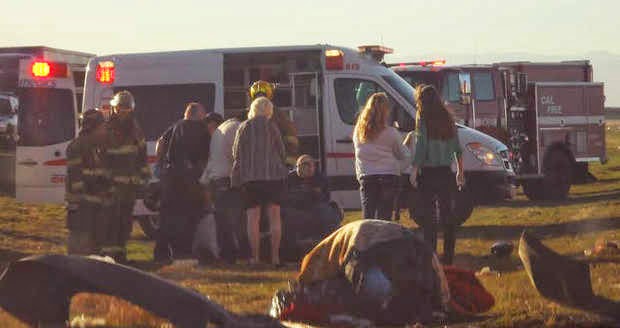 Five people were taken to Community Regional Medical Center, in Fresno.  The 6 year old girl died in the hospital from her injuries.  One other person has died from their wounds, but their name has not been released.

Maricela Briseno, 30 years old, Julia Guzman, 7 years old, and Maria Guzman, 53 years old, were listed as having sustained major injuries.  The driver of the Honda, Alfredo Guzman received moderate injuries, and Jubenal Guzman, 34 years old, who as also in the Odyssey, was not injured.

No word on whether the semi truck drivers were hurt in the crash.