Double Fatality in Crash on Highway 46 in Paso Robles

February 26, 2014- Two people were fatally wounded in a crash on Highway 46, in Paso Robles.  The accident happened on Wednesday, at about 4 PM.

A black car driven by Jeremy Nathaniel Martin, 26 years old, of Grover Beach, was driving on Union Road and attempted to cross Highway 46.  Martin failed to yield the right of way to oncoming traffic, and drove directly into the path of a red, Chevy Silverado that was headed east.

The two vehicles collided in the eastbound lane of the highway.  The truck smashed into the drivers side of the car, killing the two occupants.  Martin, and his passenger, Christopher Michael Medina, 24 years old, of Paso Robles. 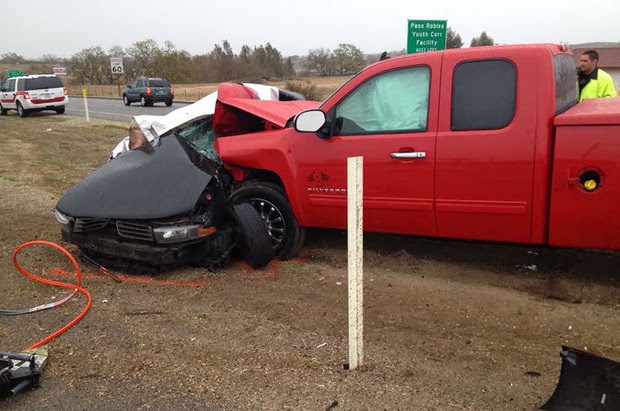 The Chevy’s driver was not hurt in the crash.

The police department report that they found marijuana in the car, but do not know until a toxicology screening is done, whether Jeremy Martin was under the influence at the time of the collision.

This accident requires much more investigation. Please let me help. Attorney John Rozier of Visalia, California. I am located on Caldwell Ave.  www.nelsonrozier.com or call me at 559-713-0159.