February 26, 2014- A terrible car accident leaves a 9 year old boy, and a man dead, just west of Fresno, California.  The crash occurred on Wednesday at about 5:30 PM.

The collision happened at the intersection of Belmont Avenue and Monroe Avenue, when a Pontiac Grand Am and a Chevy Tahoe SUV crashed into each other.  The driver of the Grand Am did not stop at the stop sign, and rammed into the Chevy which didn’t have a sign.

Both vehicles ended up in a vineyard, and the Pontiac caught on fire. 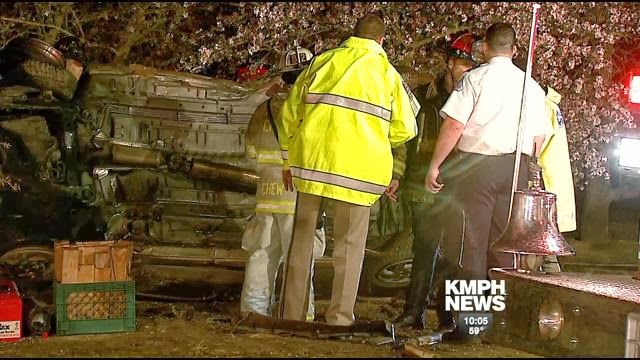 The Tahoe was carrying five people, including the 9 year old, who was killed right away.

The driver of the Pontiac was the other victim of the crash.  He was the only person in the car.

The rest of the people involved in the accident were taken to Community Regional Medical Center hospital for their injuries.