A rapid storm front moved through the area during mid-morning causing multiple reports of vehicles stuck on Banducci Road, west of Highline Road. 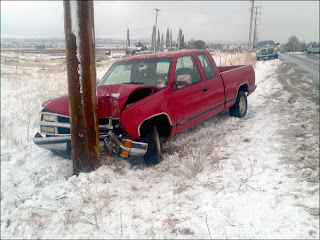 Among the stuck vehicles appeared to be a fire truck and two patrol cars that were responding to a crash.