Car Crashes into a Parked Semi Truck in Modesto

February 21, 2012- One man was killed and another seriously injured when their car slammed into the back of a parked big rig in a south Modesto crash, on Tuesday. The accident happened at about 4:35 PM.

The driver of a white Kia sedan, and his passenger, both in the 20’s to early 30’s, were traveling south on Morgan Road. The Kia suddenly swerved and hit the back of a parked big rig, at Morgan and Oates Court, just south of Hatch Road.

The sedan’s front was wedged underneath the back right bumper of the semi truck’s trailer. Both men were pinned in the vehicle until rescue crews could get them out. The emergency crews worked for about an hour to free the driver. 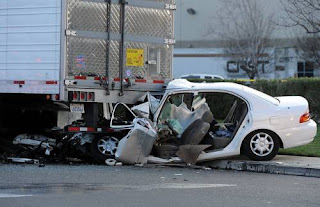 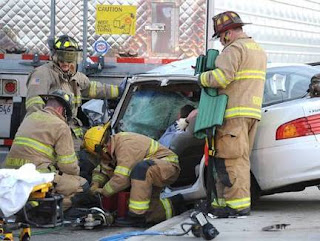 The passenger was pronounced dead at the scene of the collision. The driver suffered major injuries and was taken to a local hospital.

It is reported that the Kia was going at a high rate of speed. No reports on whether alcohol or drugs were involved.

Please give us a call, if you are a relative or are in touch with the family, and would like us to investigate this accident further. We are located in Visalia, south of Modesto. Attorney John Rozier 559-713-0159.