Two Men Killed in Crash on Highway 140 East of Merced

January 14, 2012- Two men were killed in a head-on crash, on Highway 140, near Chase Ranch, northeast of Fresno. The accident occurred on Saturday at about 6:20 PM, east of the Merced-Mariposa county line.

William Ruport, of Mariposa, was driving a Mitsubishi truck west on Highway 140, with passenger Johnny Miller of Modesto. It is reported they were going 10 mph over the 45 mph speed limit.

As the pickup was coming around a curve, it crossed over the double yellow lines into the other lane on traffic. The truck slammed into a Chevy Silverado or GMC Sierra, traveling east, driven by Daniel Fournier, of Mariposa. 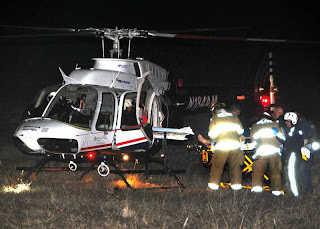 Ruport and Miller were pronounced dead at the scene of the collision.

If you need legal counseling or representation for this accident, please give me a call. Attorney John Rozier, of Visalia, just south of Fresno, 559-713-0159.