January 9, 2012- A crash between a school bus and a car leaves one woman in critical condition, in Modesto, on Monday, at about 10:30 AM.

Dorothea Strobel, 78, was driving her Honda on G Street, toward downtown Modesto. She did not stop at the posted stop sign, at the intersection of G and 13th Street.

Strobel drove across three lanes of traffic and was hit by a Modesto City Schools bus. It is reported that the bus was traveling at 30 mph. 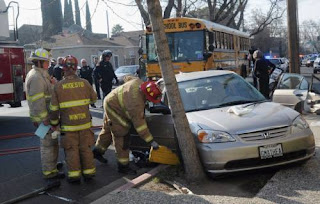 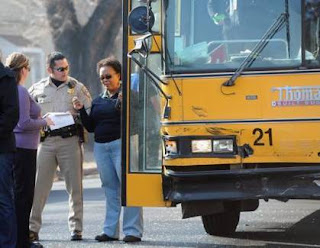 The driver of the bus, Alice Nelson of Ripon, and a 15 year-old passenger were not injured in the accident.

Strobel suffered major injuries and was taken to Doctors Medical Center. Her condition at this time is not known.