Out of Control Car Crashes into Tow Yard in Bakersfield

The 27 year-old driver, Ariel Paredez, was traveling south down Union Avenue when he allowed his Toyota to travel onto the right shoulder of the road, where it struck a concrete curb.

The man lost control of the vehicle, and it hit a building and continued south and hit another building, which took the roof off the Toyota. 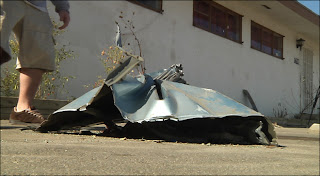 Please give me a call if you need legal representation or a consultation. Attorney John Rozier 559-713-0159. My firm is located in Visalia, on Caldwell Ave, north of Bakersfield.