One Killed and Others Injured in a Crash in Bakersfield

December 14, 2011- One person was killed and two others injured in a crash, on Wednesday in Bakersfield, at about 1:04 PM.

An older woman was driving a silver Cadillac east on Truxtun Avenue, when she tried to turn north onto Westwind Drive. She pulled right into the path of a medical transportation van that was taking three passengers west on Truxtun. Two of those passengers were wheelchair bound.

The impact from the collision caused the van to leave the road and run up into a disabled access ramp, finally coming to rest after hitting a tree outside of Camino Real restaurant. 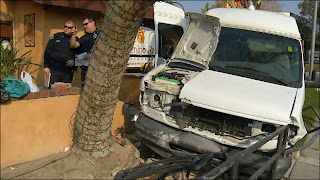 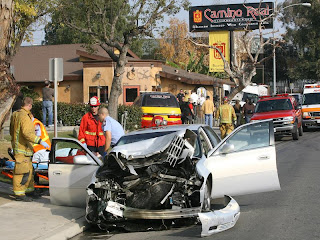 A woman passenger died in an ambulance as it was on its way to Kern Medical Center. Another woman from the van suffered serious injuries and was also taken to Kern Medical. It is reported that she is in critical condition. Both women were the ones that were in wheelchairs.

The woman who was driving the van, and a male passenger were not injured in the accident.

The Cadillac driver received moderate injuries and was also taken to the hospital.

I am a personal injury lawyer, in Visalia, just miles from Bakersfield. Ready to meet all your legal needs. Please give me a call. Attorney John Rozier 559-713-0159.