Fatal Hit and Run in Bakersfield on Panama Lane

December 12, 2011- A hit-and-run accident leads to the death of one man, in Bakersfield at about 8 PM Monday.

Gregory Paul King was walking across Panama Lane outside a marked crosswalk, when he was hit by, what appeared to be, a dark colored GMC or Chevy truck headed east on Panama. The collision happened between South Union Avenue and Cottonwood Road. 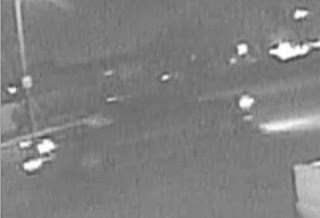 Authorities released a surveillance photo of the suspects vehicle. The truck possibly has a tool box in the bed, and should be damaged in the front headlights.

After the crash the vehicle fled the scene.

47 year-old King died at the scene of the crash.