October 3, 2011- An update on the man who was killed in a crash with a police cruiser early Monday morning.

The driver of the Mazda has been identified as Matthew White of Fresno.

The accident occurred on Brawley Avenue as the police officer was responding to a call. As he was driving down Brawley Ave., White made a left U-turn right in front of the patrol car. The officer slammed into the middle of the passenger side. 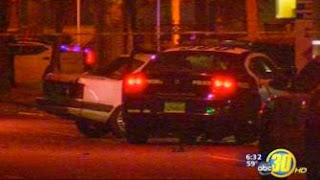 White died from the impact of the collision.

It is believed that an air bag prevented the officer from being seriously injured.

No information about the name of the officer. He joined the police force, in Fresno, in 2006.

Before the vehicles are destroyed or repaired it will be important to download the air bag module data about speeds prior to impact and to measure the evidence at the scene. Please call us to get started. We are a personal injury law firm located in Visalia just miles from the scene of this accident. Attorney John Rozier 559-713-0159. Our expert engineer can be out there today.