Fatality in Bakersfield after Drunk Driver Crashes into Truck

October 24, 2011- A Bakersfield man traveling with his family was killed in a crash, in Bakersfield on Monday, at about 9 PM.

A red Chevy Silverado truck driven by Aurelio Esqueda was stopped at a red light in the right turn lane, at Mt. Vernon Avenue and Niles Street. A black Chevy Avalanche pickup, driven by Xsabier Medina, traveling at a high rate of speed slammed into the back of the Silverado.

Esqueda who was reported to not be wearing his seat belt, died at the scene of the accident. His wife Luz Cardona, and their 7 year-old child received major to minor injuries, respectively. They were taken to Kern Medical Center. 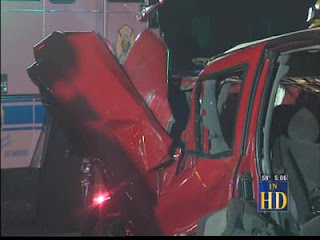 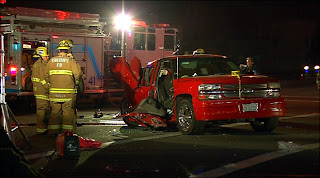 The CHP reported that Medina may have been drunk at the time of the crash. He ran away after the incident, but was taken into custody a short time after. He suffered only minor injuries, and was arrested for vehicular manslaughter, hit-and-run, and DUI.

Attorney John Rozier is your personal injury lawyer. Please give me a call 559-713-0159. I am located in Visalia on Caldwell Ave, north of Bakersfield.