October 21, 2011- A man was killed in a crash involving an intoxicated driver in Fresno, early Friday morning.

Perla Vazquez of Clovis, was driving her Infiniti G-35 east on Highway 168 near Shaw Avenue at about 3 AM. She slammed into the back of a Jeep Wrangler, driven by Frank Winslow of Clovis, sending the vehicle off the freeway, 40 feet down an embankment.

A short time later an off-duty Madera Police officer saw that the Infiniti was heavily damaged and pulled Vazquez over, before she could exit at Bullard Avenue. 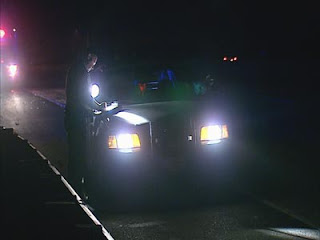 Frank Winslow died at the scene of the crash, after being partially thrown from his Jeep.

Vazquez was arrested for DUI, driving on a suspended license, felony hit-and-run, and she has now been charged with murder.

If you need legal counseling or representation for this accident, please give me a call. Attorney John Rozier, of Visalia, just miles from Fresno, 559-713-0159.