September 11, 2011- This morning CHP have identified a Bakersfield teenager that was killed Sunday night when the car she was riding in drifted into the opposite lane and struck an oncoming truck, on Highway 126 in Ventura County.

The girl was Maria Puentes, 15 years-old, of Bakersfield. She was pronounced dead at the scene of the crash, which occurred at 7:05 PM, east of Toland Road, between the cities of Santa Paula and Fillmore. The drivers of both vehicles suffered moderate injuries.

A 17-year-old boy, also from Bakersfield, was driving east on Hwy 126, with Puentes in the right front passenger seat when the vehicle drifted into westbound lanes and into the path of an oncoming truck. The car collided almost head-on. The truck was driven by Rocky Edwards, of Exeter CA, which is just miles from Visalia. 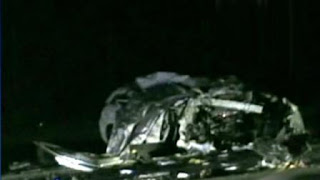 The crash caused the truck to spin out of control into the eastbound lanes. The car spun in the westbound lane, and debris struck an eastbound vehicle driven by Jorge Arroyo, of Piru. Arroyo was reported as being uninjured.

The Bakersfield boy and Rocky Edwards were taken to Ventura County Medical Center for treatment.

The cause of the collision is under investigation.

Please give me a call if you need legal representation for this accident. Attorney John Rozier. I am a personal injury lawyer, and specialize in these types of accidents. Let our expert engineers take a look at the crash site for further analysis. My firm is located in Visalia, north of Bakersfield 559-713-0159.