September 2, 2011- A crash involving a big rig and an SUV causes three deaths on Friday morning west of Mendota, in Fresno County.

The driver of the semi truck was traveling east of Belmont Avenue where it and a Chevrolet Suburban carrying eight farm workers sideswiped each other, near Washoe Avenue, shortly before 6 AM. The big rig did not stop after the collision with the Chevy.

After striking the semi, the Chevy came to rest on the south side of Belmont about 175 feet from the road, in a pistachio orchard. 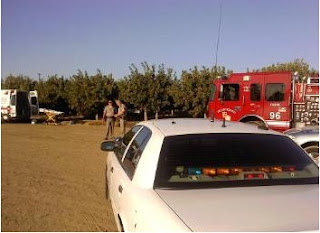 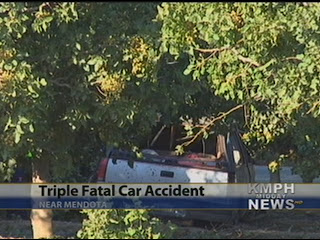 The Chevy’s driver and two passengers died from the impact. The five other occupants suffered major to minor injuries. All eight people in the SUV are from Mendota.

The big rig vehicle has been described as carrying a load of grapes in green bins. The CHP are investigating the wreck to find out which vehicle crossed the yellow road divide.

Our law firm, in Visalia, is here to meet all your personal injury needs. Please give me a call, Attorney John Rozier. 559-713-0159