August 2, 2011-  The accident that occurred Tuesday, on Highway 190 and Road 152 near Tipton that was caused by the driver of the truck, Juan Gabriel Reyes, was confirmed by the DMV that he was driving on an expired license.

Reyes, ran a stop sign and crashed into the probation van that killed him and two teenagers; Ingrid Coronel, 17, and Deshawn Moore, 15, both from Porterville. 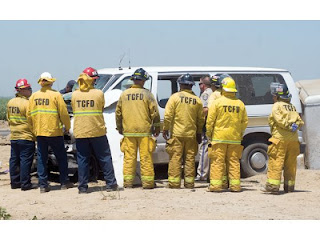 It appears that, CHP officers were told by witnesses that Reyes was driving 90 to 100 mph when he passed them moments before he ran a stop sign at Highway 190 and was struck by the county van carrying eight teens and their driver. The  van was traveling east on Highway 190 at 55 to 60 mph, the CHP said. The Tuesday crash occurred four miles east of Tipton at 11:05 a.m.

The other van passengers, Abel Auntunez, 15, of Lindsay, and Robbie Hernandez, 16, of Porterville, were  medi-flighted to Community Regional Medical Center in Fresno. Abel was in good condition and Robbie was in serious condition Wednesday.

Five others were taken to Kaweah Delta Hospital in Visalia. The CHP on Wednesday identified them as Edgar Saucedo, 17, Reynaldo Millan, 15, and Pablo Rodriguez, 15, all of Porterville, and Sonny Gutierrez, 17, of Lindsay. Pablo’s injuries were listed as major by the CHP. The others had moderate injuries.  Darrel Fitzgerald Drone, 45, of Lemoore, the driver of the county van, was in good condition Wednesday at Kaweah Delta.

According to the report, The CHP’s initial investigation said Drone and Ingrid appeared to be the only ones wearing seat belts. They were in the front seats.

Final results are not yet in–please call us if you want our independent engineer to take a fresh look at the accident.  We are here to help and answer any questions.  John Rozier, 559-713-0159.