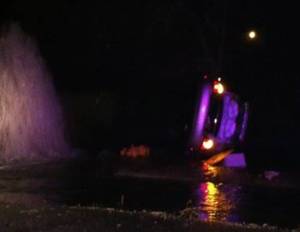 In the early morning hours of February 14 Johnny Lopez and Jose Beltran, both students at Johansen High School in Modesto, were killed in a wrongful death accident in Ceres involving a stolen vehicle. According to reports the two boys along with two others were riding in a car that had been stolen from Ceres then took it on a joy ride. The 16-year-old, unidentified driver lost control of the vehicle on River Road, hit a curb, left the road, hit a fire hydrant, turned on its side and hit a tree, roof first. Lopez and Beltran were passengers in the car. The driver and the 15-year-old, unidentified  passenger are being charged with possession of a stolen car. The driver is also facing charges of vehicular manslaughter.