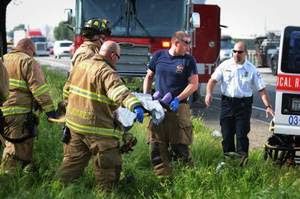 On March 16 three people were seriously injured in an accident on Highway 99 near Kansas Avenue in Modesto. The vehicle involved was an Acura driven by an 18-year-old woman. The woman and the 21-year-old male passenger were taken by ambulance to the hospital.  The second injured passenger was an 8-year-old boy. He was taken to a hospital in Sacramento. A third passenger, a one-year-old child was in a child safety seat and was not injured. Reportedly the accident happened when the driver veered the car off the road to avoid a vehicle collision and hit a tree. The previous accident occurred when a vehicle made an unsafe turn and sideswiped a BMW. The impact of the accident pushed the BMW into the path of the Acura. The driver of the BMW also suffered major injuries. / 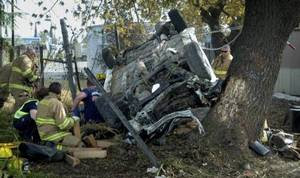