Central California Car Accident Attorney John L. Rozier has the following report; On Monday, May 11, 2015, a child was killed in an automobile collision in Kern County.  The vehicle accident occurred on Highway 58, near Caliente.

Maureen Deanda, 35, was driving westbound on Highway 58, with a 13 year old girl, and Deanda’s 7 year old son; Noah Jaramillo.  The Bakersfield woman was reported to have been traveling at a high rate of speed, when she attempted to pass a Jeep. 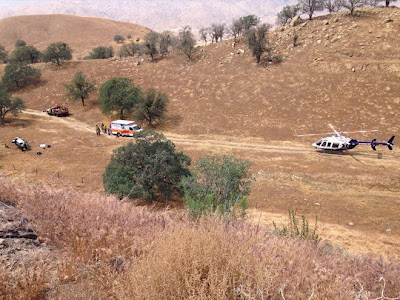 The car hit the front of the Jeep, and rolled multiple times over the side of a cliff.  The little boy was ejected from the vehicle.

Jaramillo was pronounced dead at the scene of the collision.  Deanda and her daughter suffered serious injuries and were taken to Kern Medical Center for treatment.

The Jeep’s occupants, who were from Nevada, were not injured.

While our condolences go out to the friends and family of the victim, we recognize that no monetary sum can ease the pain and loss felt after a tragedy such as this.However, just monetary compensation can help ease the burden of medical bills,final expenses, and help support any dependents left behind by the deceased.
Please contact us at www.nelsonrozier.com or call Mr. Rozier, at 559-713-0159, if you would like help filing a claim.