On Tuesday, March 3, 2015, a box truck collision ended in fatality on Caldwell Avenue, in Visalia.  The Tulare County vehicle accident happened at about 2:15 PM, west of Akers Road.

The driver of a 2001 Chevy transport van, Christopher Paul Nelson, of Exeter, was driving westbound on Caldwell Ave.  The Proteus Inc. box truck, at Turnberry Place, either failed to merge into the one lane, or did merge and then drifted from the lane. 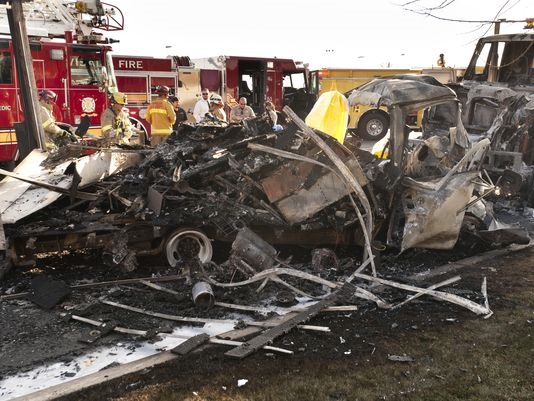 The vehicle drove along the right curb of the street, and hit a parked Southern California Edison truck head-on.  The two trucks then burst into flames after the crash.

Nelson was trapped in his vehicle and was unable to be rescued until after the fire was put out.  He died at the scene of the collision.

Police are investigating whether Nelson suffered fatal injuries before or after the fire.  And the reasons for the accident.

My condolences go out to the family and friends of the victim.  This accident requires much more investigation. Please let me help. Attorney John Rozier of Visalia. I am located on Caldwell Ave.  www.nelsonrozier.com or call me at 559-713-0159.