Police reported that the accident occurred next to the State Farm Sports Village.  One of the drivers drove up from a closed portion of McKee Road, which caused the collision between the three vehicles.  The incident closed a part of Ashe Road. 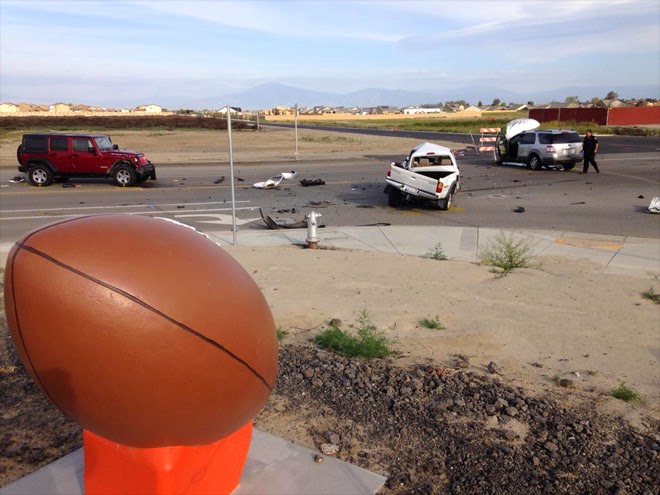 11 people were hurt, including two people in a white pickup truck, who suffered major injuries.  The two victims were airlifted to Kern Medical Center, in Bakersfield.