September 15, 2014- A multi-vehicle collision that involved two fire engines and one other car, occurred on Highway 41, on Monday.  The Fresno County accident happened north of Shaw Avenue, at approximately 12:42 PM.

Two Cal Fire trucks were traveling on southbound Highway 41, coming back from fighting the Courtney Fire in the Oakhurst area.  A white automobile that was also headed south on the highway, collided into the back of one fire engine, and was hit from behind as well. 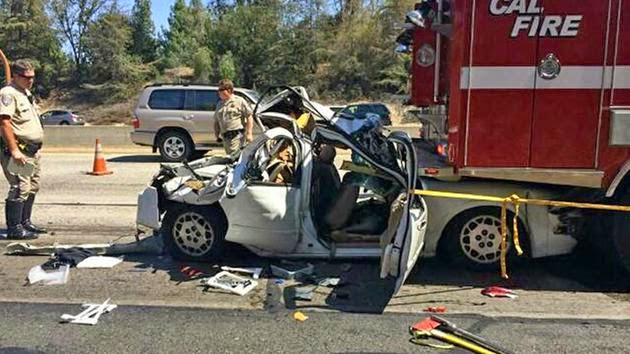 Three people suffered serious injuries, and at least one person was pinned under a truck.

It is reported that the firefighters involved in the crash were not hurt, and were able to get out and help the people in the car.

No other information on how the accident took place is known at this time.