Pedestrian Killed on Highway 99 in Fresno Hit and Run Accident

April 23, 2014- A hit and run crash leaves a pedestrian fatally hurt, in an accident that happened on Highway 99.  The collision occurred in Fresno, on Wednesday, at about 4:50 AM.

A 1997 Chevrolet pickup truck was driving on southbound Highway 99, south of Herndon Avenue, when it hit a 23 year old woman, who was walking along the side of the freeway for some unknown reason. 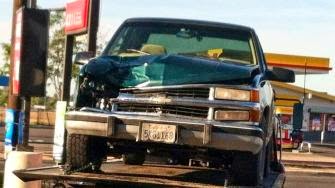 Witnesses said the Chevy truck was carrying three people, including the driver.  The pickup struck the victim, and then fled the scene of the accident.  The California Highway Patrol later caught the suspects in a 7-11 minimart, after a witness reported a truck with extensive damage pull into the store.

The young woman died at the scene of the crash.

The driver could now face charges for felony hit and run, and several others.

While our condolences go out to the friends and family of the victim, we recognize that no monetary sum can ease the pain and loss felt after a tragedy such as this. However, just monetary compensation can help ease the burden of medical bills, final expenses, and help support any dependents left behind by the deceased. Please contact us at www.nelsonrozier.com or call Attorney JohnRozier, at 559-713-0159, if you would like help filing a claim.  My office is located south of Fresno County, in Visalia.