February 19 2014- One fatality is reported in a car crash involving three vehicles on Highway 99 south, in Bakersfield, on Wednesday.  The accident occurred at about 8 PM.

75 year old Seung Chun Lim of Sherman Oaks, California was driving a 2009 Lexus southbound.  It is reported that he was traveling at a high rate of speed, when he swerved to the right and collided with a 2012 Kenworth semi truck.  The big rig was driven by 50 year old Brian M. Kenner of Clovis.  The semi was stopped in traffic just north of White Lane. 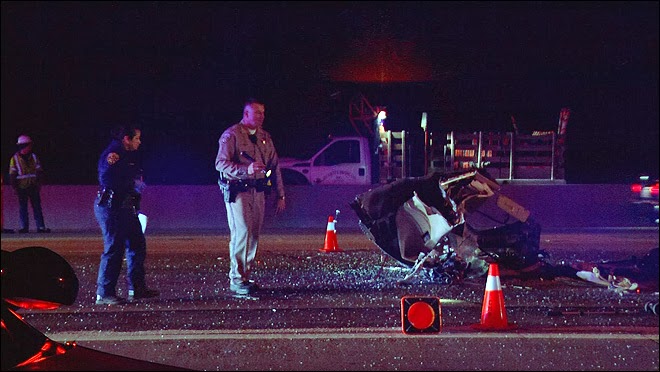 Lim’s Lexus continued to move to the right and hit the left rear bumper of a 2009 Dodge, that was driven by 23 year old Esther T. Ibarra of Bakersfield.  Ibarra was exiting onto White Lane.

Officers said Lim’s car came to rest facing northeast in the southbound lanes, against the perimeter fence.  It is reported that Lim died at the scene.

If you need a lawyer please call Attorney John Rozier, your personal injury specialist handling all types of crashes. I am located in Visaliaon Caldwell Avenue.  559-713-0159, or contact us online atwww.nelsonrozier.com.