January 25, 2012- A head-on crash happened in Modesto, on Wednesday evening. The accident occurred at about 6:00 PM.

A man driving a green Saturn, was southbound on McHenry Avenue, just south of Floyd Avenue. While a female driver, driving a white Oldsmobile sedan, was traveling north on McHenry Ave.

The Oldsmobile driver was in the middle turn lane, when it veered into the southbound lane and hit the Saturn head-on. 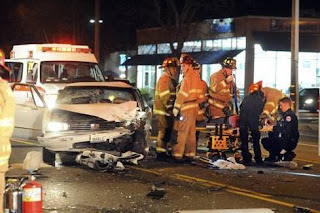 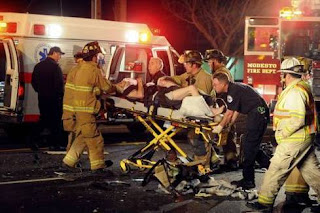 The female driver received moderate injuries, and the male driver suffered major injuries. Both were taken by ambulance to the hospital.

Please give me a call if you need legal representation or a consultation. Attorney John Rozier 559-713-0159. My firm is located in Visalia, south of Modesto.