Bicyclist Seriously Hurt in a Crash in Merced

Alecio Felix was riding his bike down Alpine Street, just east of G Street. The driver of a red 2005 Toyota did not see Alecio as she was also traveling down Alpine St, and ran into him.

Reportedly the driver told the police that she did not see Felix, who was riding in the middle of the street. He was wearing dark clothing, and did not have any lights on his bicycle. 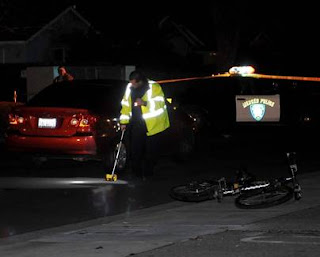 Felix suffered major injuries and was airlifted to a Modesto hospital for treatment.

I am a personal injury lawyer, in Visalia, south of Merced. Ready to meet all your legal needs. Please give me a call. Attorney John Rozier 559-713-0159.