November 22, 2011- A man crashed a stolen vehicle Tuesday morning behind a restaurant in Bakersfield.

The CHP attempted to pull over the suspect at River Run Bouleveard, but the driver wouldn’t stop. The officers chased the SUV, with speeds reaching 70 mph before the crash. 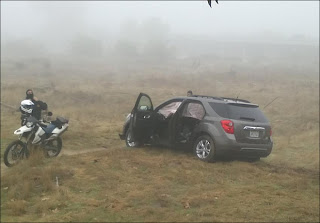 The accident happened behind the Elephant Bar restaurant, at Stockdale Highway and Old River Road, after the suspect lost control of the SUV.

He was arrested after the crash, after he tried to escape on foot.

No word on whether he was injured in the incident.